Wedged between the high wall of the Himalaya and the steamy jungles of the Indian plains, Nepal is a land of snow peaks and Sherpas, yaks, monasteries, mantras and yetis (?).

The mountainous north of Nepal has eight of the world’s ten tallest mountains, including the highest point on Earth, Mount Everest, called Sagarmatha in the Nepali language. More than 240 peaks over 6100 m above sea level are located in Nepal. 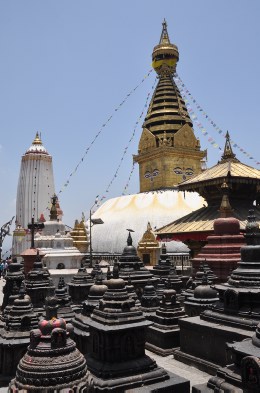 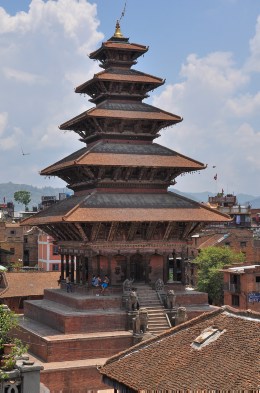 Kathmandu is the capital and largest metropolitan city of Nepal. The city is the urban core of the Kathmandu Valley in the Himalayas, which also contains two sister cities namely Patan or Lalitpur, 5 km to its southeast (an ancient city of fine arts and crafts) and Bhaktapur, 14 km to its east. 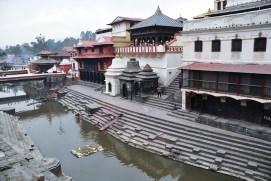 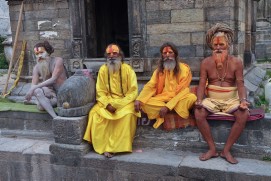 Kathmandu is home to gems such as Durbar Square (with temples dating back to the 12th century), Boudhanath Stupa (a world heritage site) and the Pashupatinath Temple (the country’s most important Hindu temple, on the banks of the Bagmati river. Kathmandu is also the gateway to the rest of Nepal. The mountains hold a magnetic attraction for many who visit Nepal. The trek to Everest base camp, a two-week trip starting with a nerve-racking flight to Lukla airport, is the most popular mountain activity, whilst the stunningly beautiful Annapurna base camp can be achieved by a 7-10 day trek from Pokhara.

A more easier trek  is the Langtang valley trek, also called “the valley of glaciers trek”. Langtang is the closet place where you could get the massive snow capped mountains and beautiful glaciers. This valley is located only 40 km north of Kathmandu. The whole valley is dominated by Mount Langtang Lirung (7246 m) and offers pine forest, swift mountain streams, rugged rock and snow-capped peaks, grassy down and meadows. 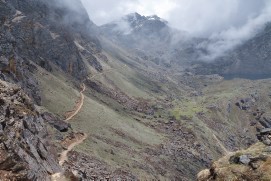 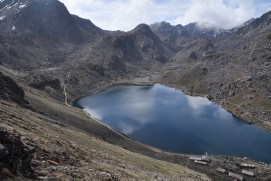 The Langtang-Gosainkunda trek combines the remote and spectacular valley of Langtang, with the high mountain lakes at Gosainkunda. Gosainkunda Lake is the site for a great pilgrimage. The large rock in the center of the lake is said to be the remains of Shiva shrine and it is also claimed that a channel carries water from the lake directly to the tank at the Kumbeshwor Temple in Patan. Gosainkunda is the most famous lake renowned among Nepali Hindus.

Gosaikunda is a significant place of interest in the Dhunche-Helambu trekking route. This trek adjoins the famous Langtang valley trek in the same district and the two treks can be combined. This trek can be done in teahouse style with hotels and lodges available along the trekking route. The popular start to the trek to Gosaikunda are in Dhunche Village or Syabru Besi both from the Langtang side. Alternatively, trekkers may also start from Sundarijal, which lies on the outskirts of Kathmandu.

If you are starting from Dhunche the first day involves a long steady climb to reach Chandan Bari, which is at a height of about 3200 m. On the second day, one reaches Laurebina at about 3700 m. At this point, some trekkers choose to climb ahead to Gosaikunda, though altitude sickness is a concern due to rapid ascent. Many trekkers choose to stay at Laurebina which also provides excellent sunset and sunrise views of the Langtang and Ganesh Himal. 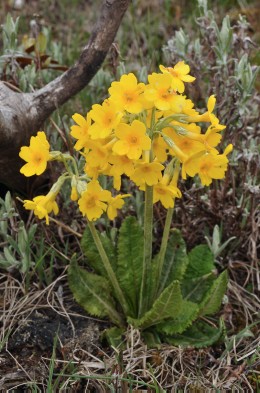 In the forest and around the lakes you are able to find many different plants like several Arisaema species, Roscoea alpina, Pleione spec., Androsace sarmentosa, Androsace lehmanii, Poligonatum hookeri and Gentiana depressa. But one of the main plant attractions are the primulas. There are good forms of Primula aureata, P. rotundifolia, P. concinna, P. primuliana, P. deuteronana, P. denticulate and P. calderiana ssp. strumosa. Lower down you will find Daphne bholua and Meconopsis simplicifolia. A 9-10 day trek is long enough to enjoy the plants around Gosainkunda Lake.

For more images from the Gosainkunda trek  here