Dubai is one of the seven emirates that make up the United Arab Emirates and can be used as a “ Stop Over” destination. It is a city of superlatives: for the fastest, biggest, tallest, largest and highest. It is rather like an independent city-state and is most modern and developing at an unbelievable pace in the tourist and trade sectors especially. Dubai is essentially a desert city with superb infrastructure, that became popular for its excellent tourist amenities. Just 5 hours from Europe, Dubai makes a great short break for shopping, partying, sunbathing, fine dining, and sporting events. It has the largest immigrant population in the world. 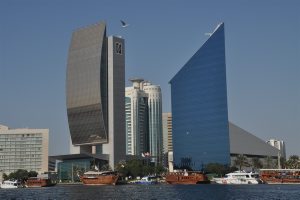 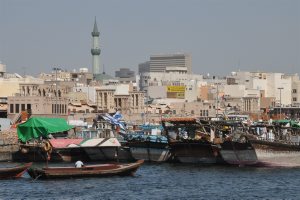 Some special districts in Dubai are:

Satwa. Gold and textiles is what people come here for, Gold Souk might be your top destination but Satwa too has gold shops and is hassle free, not so crowded.

Bur Dubai.  A historical district and Bur Dubai is usual term for the area from Jumeirah to the creek (river), the creek separates Bur Dubai from Deira. Tourist attractions from souks to floating restaurants along the famous creek are found here. 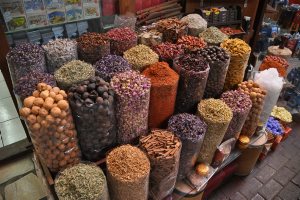 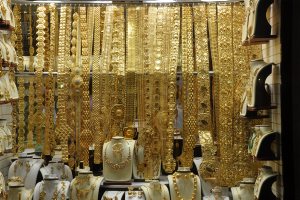 Deira.  Dubai’s old financial centre, today Deira is a bustling commercial-residential district with some old souks, including one specializing in spices.

Jumeirah.  A diverse district whose residents are the Europeans to the Filipinos to the Pakistanis; a mixed Little Europe, Karachi and Manila. Jumeirah is much favoured by Europeans due to the ease of access of the beach. Beautiful villas are seen here. Jumeirah Beach, Jumeirah Beach Residence’s the Walk and Jumeirah Mosque are the top attractions.

Downtown Dubai.  While Bur Dubai and Deira are traditionally considered “Downtown”, the Downtown Dubai development is smack in the center of the “New Dubai,” between Dubai Marina on the south end and the border with the city of Sharjah to the north. It includes the Burj Khalifa (tallest building in the world), the Dubai Mall (world’s biggest), Dubai Fountain, and lots of other skyscrapers and hotels. 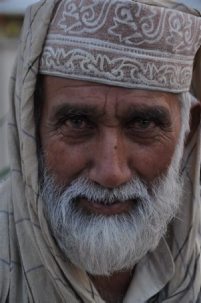 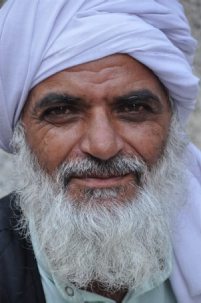 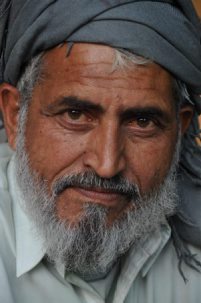 Bastakiya District. One of the last remaining pockets of Old Dubai, home to many reconstructed buildings in the traditional style. While information on the structures is slim here the atmosphere is very evocative and there are plenty of delightful art galleries and cafes to explore.

Jumeirah Mosque.  The largest mosque in the city, and a wonderful example of Islamic architecture. Built in the medieval Fatimid tradition with the interior decorated with elaborate Arabic calligraphy. It is one of few mosques in the city open for visits by non-muslims. 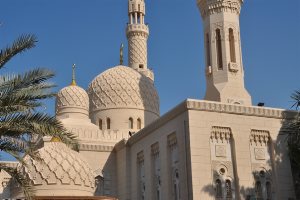 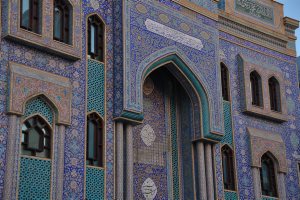 Burj Khalifa.  Until recently called Burj Dubai, with 828 metres and 160 floors this is the world’s tallest structure by a long shot. Over 300m taller than the previous contender in Taipei. The observation deck at the 124th floor is the 2nd highest in the world . Already dominating the Dubai skyline, the newly opened tower houses nine hotels and a Las Vegas-inspired fountain system. The visitors’ entrance is located at the lower ground floor of the Dubai Mall.

The Dubai Fountain.  At 270m in length and sporting a jet that shoots water up to 150m, the Dubai Fountain is indeed the world’s largest dancing fountain and one with a very enticing display – a definite must see. The show starts every evening at the Burj Dubai Lake. Easy way to approach it is via the Dubai Mall. 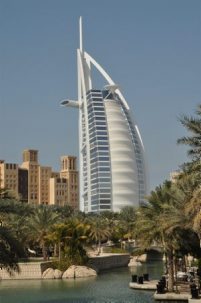 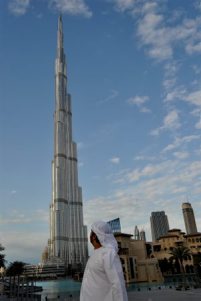 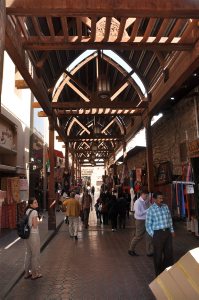 Burj al-Arab hotel.  For a real glimpse into “how the other half lives”, (self-proclaimed as the only 7 star hotel in the world!), afternoon tea, or cocktails, may be an interesting experience. Entry to the hotel requires a reservation which will be confirmed at the entry gate. A “very smart casual” dress code applies. Reservations are usually required about a month in advance for a room, but a few days will generally suffice for a meal. 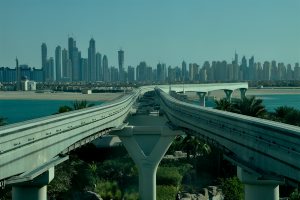 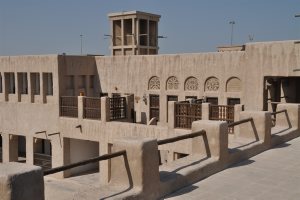 Palm Islands.  The three largest artificial islands in the world are located just off the coast of Dubai; a major urban development to add a significant amount of upscale beachfront property to the area. Each of the islands is shaped like a palm leaf, with a trunk connected to the mainland, fronds extending from the trunk, and a crescent (a breakwater encircling the trunk and fronds). Of the three planned, the Palm Jumeirah, at 5km square and near Dubai Marina, is the only one yet open, connected to the mainland by a freeway bridge and a monorail and sporting marinas, luxury resorts, and upscale shopping areas.