Canberra is the capital city of Australia, within the State of New South Wales and the starting point of our trip. Before we went to The Snowy Mountains, our main goal of the trip, we discovered other parts east and north of Canberra and found wonderful places and plants. Both the botanical Garden and the National Museum of Australia in Canberra are worth a visit. 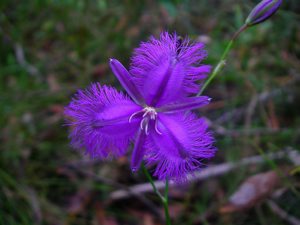 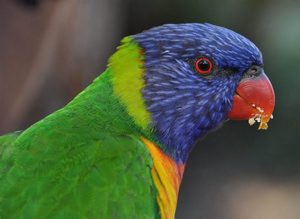 Snowy Mountains (about 200km from Canberra)

The Snowy Mountains are in the south-east corner of New South Wales, about 200km south of Canberra with the highest peak of Australia, Mount Kosciuszko, 2230m. Here are the only ski fields of Australia. Snow normally falls the most during June, July and early August. Most of the snow has melted by late spring. The Tasmanian highlands are the other Alpine region in Australia. The higher regions of the park experience an alpine climate which is unusual on mainland Australia. However, only the peaks of the main range are subject to consistent heavy winter snow. The climate station at Charlotte Pass (1760m) which is easy accessilble and good starting point for flower walks, recorded Australia’s lowest temperature of -23.0°C on 28 June 1994.

The Kosciuszko National Park is full of (alpine)wildflowers and they are more a less easy accessible by various roads in the park or by the cable car from Thredbo which goes to the top of Mt Kosciuszko. From the top of the chairlift, the walk follows a footpath, passing the Kosciuszko and Cootapatamba lookouts, as it winds up to Rawson Pass. At Rawson Pass, the walk meets the old Kosciuszko road and Australia’s highest public toilet. From here, the walk continues up the footpath to the top of Mt Kosciuszko. Enjoy the view, and return the same way. Click here for more information about walks in this area. 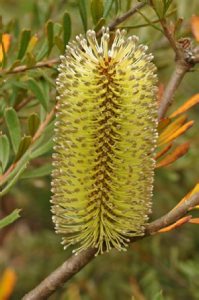 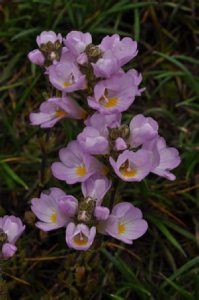 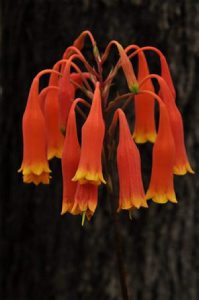 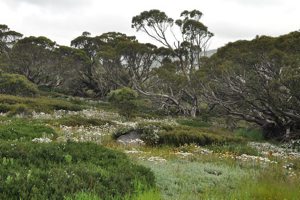 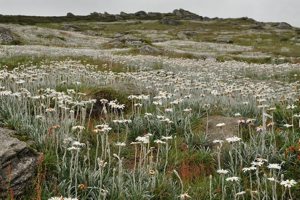 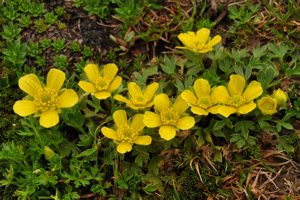 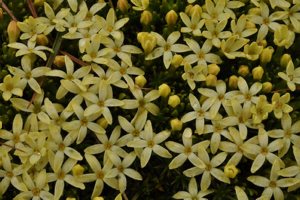 Bad weather? You can find many mountainhuts in the Kosciuszko National Park. Today these huts are maintained by the National Parks and Wildlife Service or volunteer organisations like the Kosciuszko Huts Association. In the 19th century gold was mined on the high plains near Kiandra. At its height this community had a population of about 4,000 people, and ran 14 hotels. Since the last resident left in 1974, Kiandra has become a ghost town of ruins and abandoned diggings. 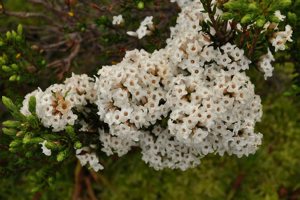 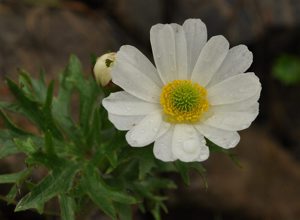 The Australian Mountains have far more to offer that you expect!